There has been a succession of railways in Hotham Park since 1969, the first being operated by Ian Allan Group setting the standard for the gauge at 101/4” . Amongst the various locomotives, most of the Meteor locomotives built by Shepperton Metal Products (part of the Ian Allan Group) spent some of their time at Hotham Park which was used as a testing ground for the class.  For the next 37 years with a number of different concessionaires and stock. One of these was Jack Hudell, a well known Miniature railway engineer who had the concession from 1996 to 2003 (??).  In 2005 the then concessionaires on the termination of the lease, lifted the railway leaving the park with no railway for the next 18 months.

In early 2007 the current railway was laid out to a track gauge of 12 1/4” with new rails and components on virtually the same layout as the previous 101/4” railway. It started running in May 2007 and remained as such until August 2009 when the new loop into the restored part of the park was added. 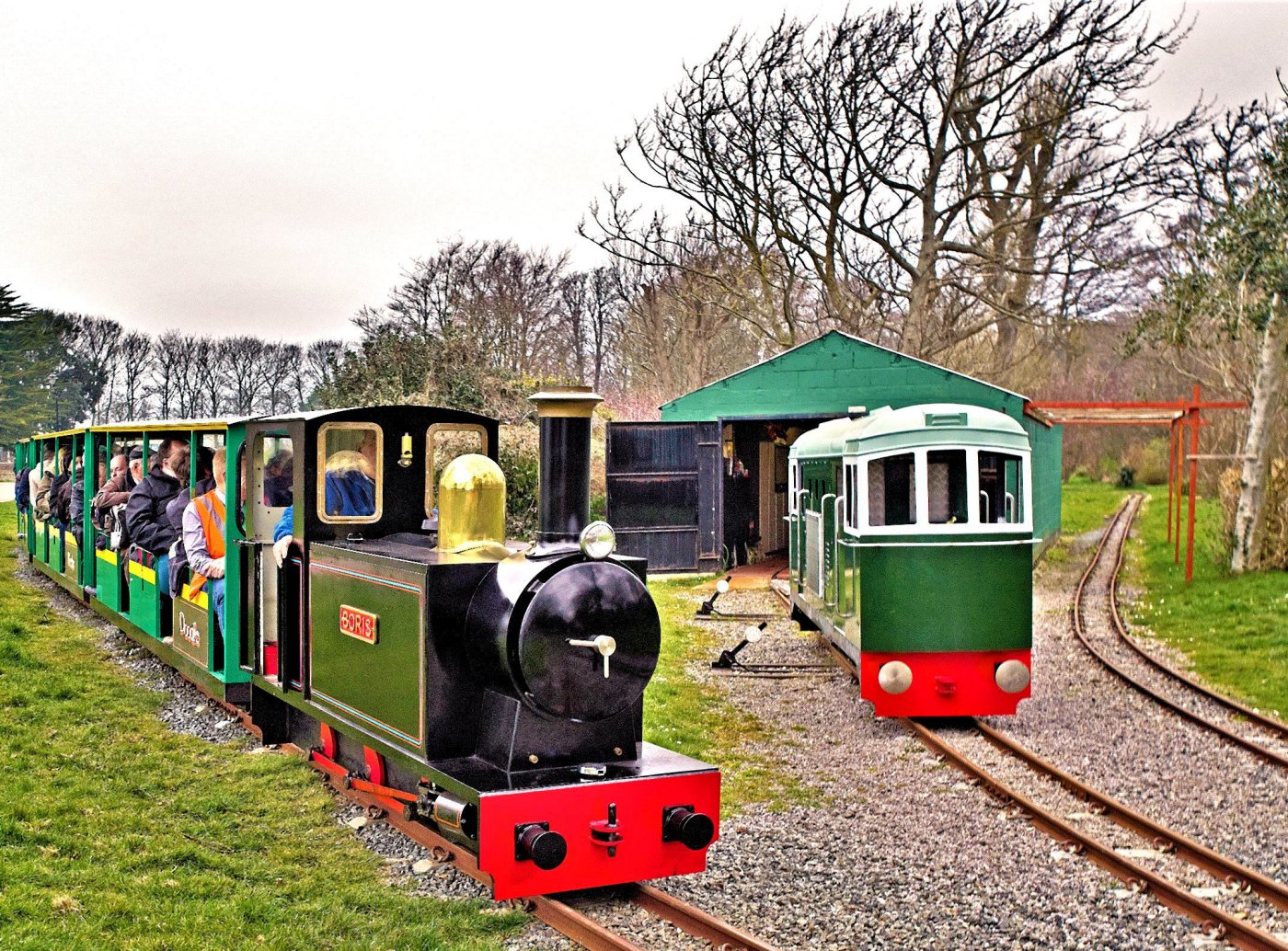 Join our train as it meanders between the mature woodland areas before passing through the more recently landscaped parts of the park.

Access for the disabled is good & wheelchair users are very welcome. Your four legged friends are encouraged to ride with you provided they sit on the floor & not the seats!!

Explore our site and find out more about what Hotham Park has to offer.