The miniature railway at Crewe Heritage Centre is a 7 ¼” gauge. The railway has three stations, Old Works, Forge End and Spider Bridge. Each station has a turntable enabling the locomotive to be turned and run around. Trains leave Old Works, go across the level crossing, skirt the northern end of the APT and go down to Forge End via a small tunnel. Having run around at Forge End the train heads up to Spider Bridge, travelling between the West Coast mainline and the whole length of the APT. Having run around at Spider Bridge the train then returns to Forge End and then back via the tunnel to Old Works. 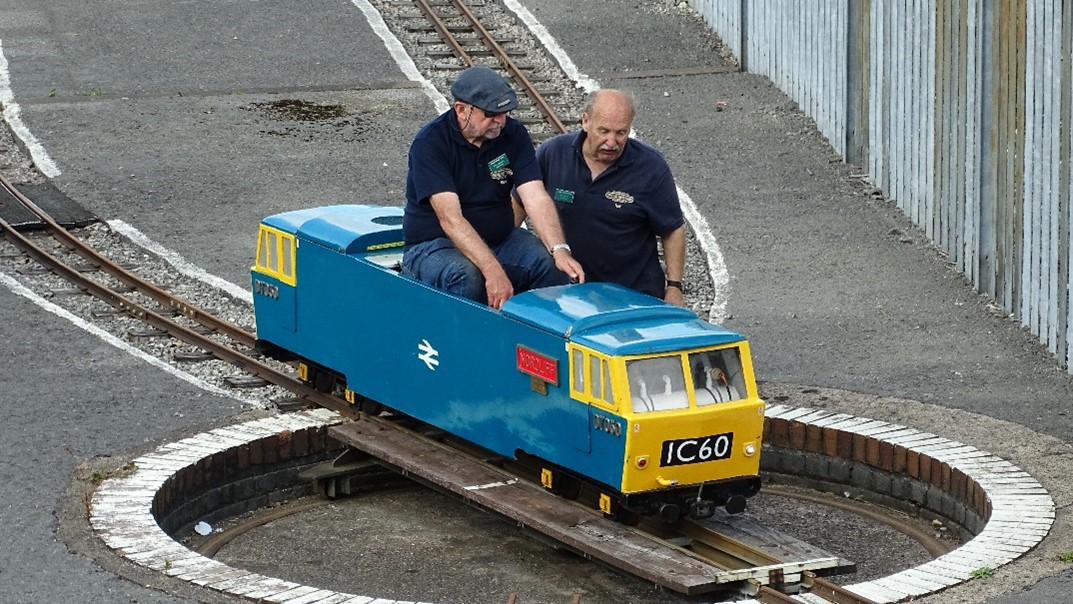 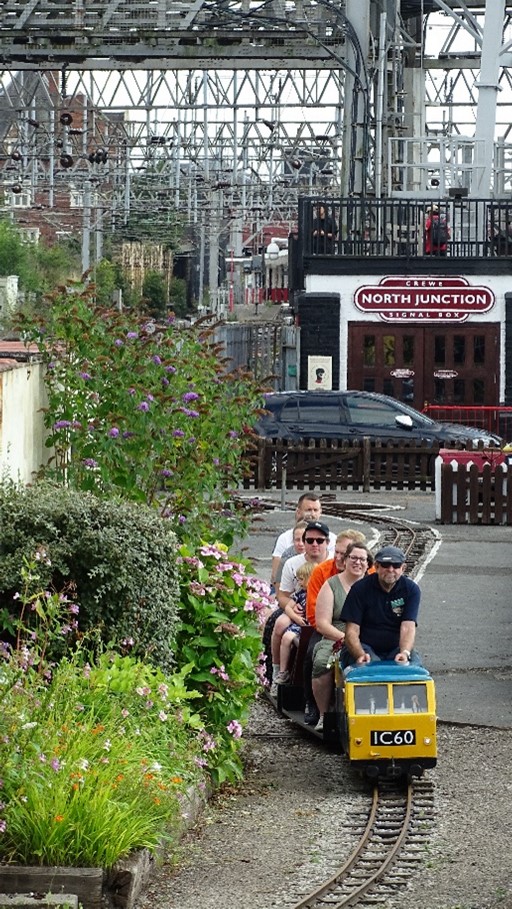 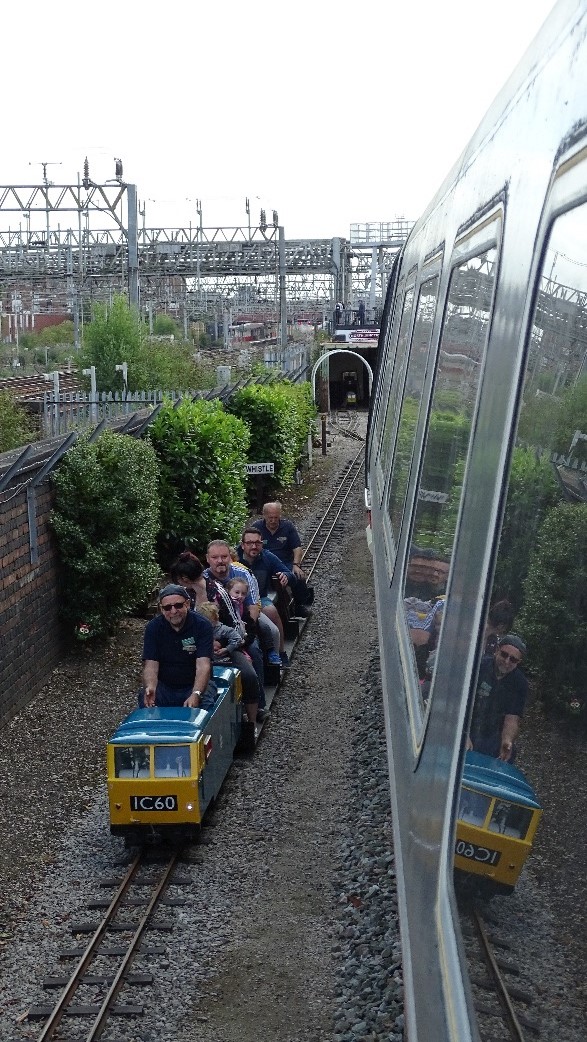 Running alongside the APT. 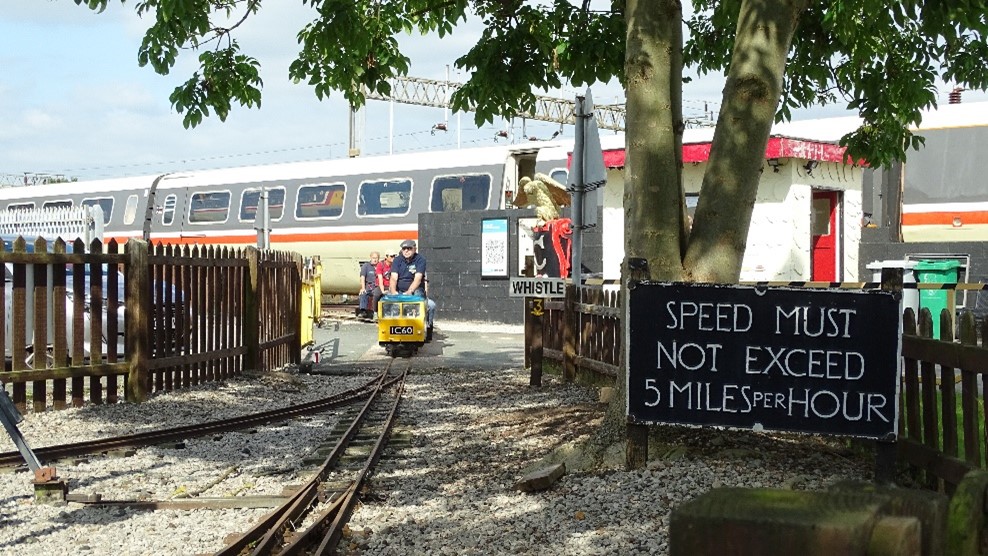 Arriving back at Old Works

The three stations take their names from the areas of Crewe works that originally occupied the site where the Heritage Centre is now. 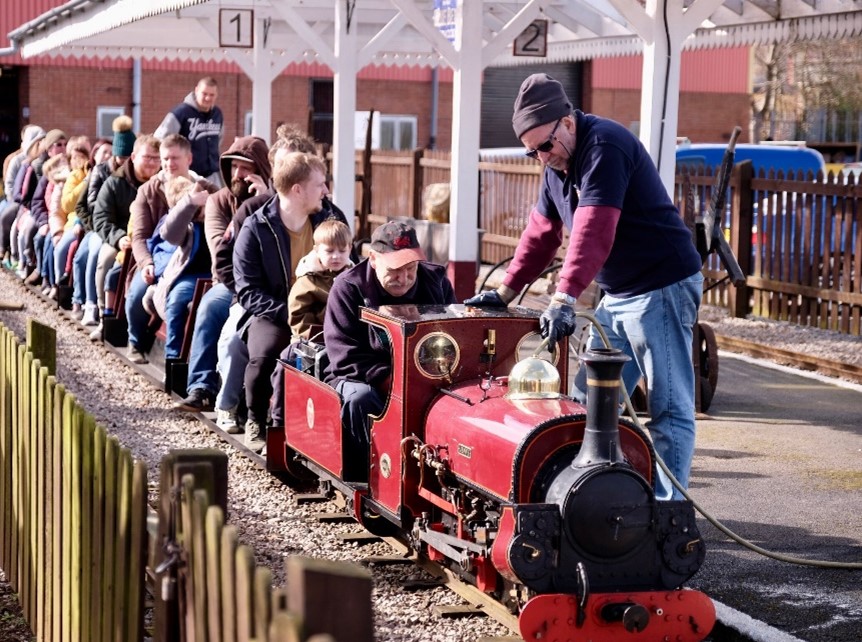 The main work horse of the miniature railway is ‘Norcliff’ who pulls the passenger trains most weekends. In addition, we have ‘Jenny’ a steam engine, who runs once a month and at special events held at the Heritage Centre.

We’re open every Saturday, Sunday and Bank Holidays from April to October. We are also open on selected days for Special Events from November to March, please visit our events page www.crewehc.co.uk/events for more information. We open at 10AM and close at 4PM with the last entry at 3PM.

There is an admission charge to the Heritage Centre (see the website for current prices) but rides on the miniature railway are free of charge, however we do have donation boxes at Old Works and Spider Bridge stations.